skip to main | skip to sidebar

I use 'compleat' here with its archaic meaning.

My thesis project is finally finished! After my last post, I presented and successfully defended this project to a three-person panel. The panel gave me some very pointed feedback, and I also got some nice criticisms from my classmates who were present. We talked about what I was trying to prove by using a game engine as a rendering tool, and where the strengths and weaknesses of such an approach might be. I shared the data of what I found while working on it, and happily enough, they came the same conclusions I did in my paper. If you'd like to read up on that, check out the prior post.

Probably the most memorable question of my defense came at the end, when one panelist asked me what I wanted to do after school, and how this project was relevant to that. I told him that I want to be a technical director, the guy who sets up things and fixes things to empower other artists to make all sorts of awesome. I want to be a problem-solver and an awesome-enabler. I've decided to focus on effects work because that seems to be where I can do the most good with those skills.

In point of fact, this thesis effort ended up being a lot closer to my ideal career than I even intended. For this project I was technically the producer, but most of the time I was modeling and rigging up characters and fixing things to allow my other teammates to animate, record, and generally strut their stuff. The rigging script I created for this project was almost completely re-written, twice. Yet in the end, I estimate it still saved me about a month in production time. In short, I was the medic to everyone else's soldier. And the soldiers on my team were very, VERY good. One of these days, I will pay them back, because the occasional cookie or pizza slice that I was able to provide is not suitable payment for that kind of awesome talent.

In the end, we ended up with an enjoyable short film. I ended up stating a point in my paper and I feel like it was a worthwhile effort. In their deliberations, the panel discussed the quality of the film itself as well as the technical points I hit while working on it. For those considerations they decided to graduate me with Honors. It's a nice feather in my cap :)

And now, thesis completed, NYU Master degree conferred, I step bravely out into the world to look for a place to begin my career. If you think the film linked up top is fun to watch, just think: I made that film while holding down a full-time job and going to school in my after-hours. Just imagine what I'll be able to do as a full time technical artist!

I can imagine some pretty nice things, and I can't wait till I can share that with you guys, too. 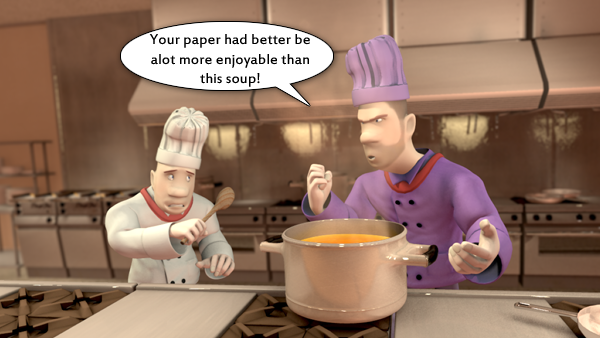 Today our thesis papers were due. The video projects are due in a couple weeks, but as I boasted earlier, I have finished both ahead of time. Not by as large a margin as I had hoped, but still, everything has been completed for the Source Animation Thesis Project.

It feels wonderful to be able to write that out.

Unfortunately, I cannot yet hand in the video files, as the requirements for the deliverables are being revised by our school dept. Until they settle on that, I can't render out the final version to whatever spec they're looking for. But I can at least share with you the paper :) The paper itself is not terribly large, but the entire production process from storyboards to rigging is detailed there. It's a flash book file, so once it loads up you can turn pages with the arrows on your keyboard, or by clicking and dragging one of the page corners over.

I have a lot more to say about the project's results, but it will have to wait until later. I'm up to my neck in job applications and that need to be handled first!

I loved my high school economics class. I may not remember much of it now, but at the moment, I am faced with a 'real-world' application for something we actually covered in class. That problem was about two fictional countries, each is capable of making two products: 'guns' and 'butter', and they are capable of trading with each other. At the end of the exercise, we learned that each country made huge gains by specializing their industry and trading with the other, instead of doing everything on their own.

This is relevant to me, because despite my love of audio composition, I'm finding myself trying to juggle both guns and butter at the moment, and now my hands are getting all messy. I got about halfway through the song for the thesis when I realized that it was taking way too long. The solution? ROCK-OUT STOCK MUSIC!

It's not as pretty as I'd like, but I found a stock song that fits fairly well, and also that allows for a full sync license for a very reasonable price. So I put aside my keyboard and the 17 gigs of audio samples I was playing with, and wrapped up the music portion of the short film.

I will learn from this experience and avoid making the same mistake twice. Sure, I love tinkering with composition, but if I start down that path I will have to give up my other duties to the project, because there's only so many hours in the day. Especially when I have to share those hours with a full-time job. So for the next project, I will find myself a good composer and coordinate with him/her early on. That'll give them the time they need to work their magic.

And make no mistake, good music in any film/game project is worth its weight in gold. Magical gold.

Several more small edits have been made since the last video was posted! I asked around and got a lot of feedback from classmates and colleagues, and I think the result is a leaner, even meaner robin danger commercial. All of the video files have been officially rendered out from Source, and I've got all of the little visual tweaks down. Now it's just some finishing touches on the comparison shots, and background music.

I've been putting off the music for way too long. But that's okay. I spent a great deal of my formative years playing with midi composition, so I've re-built a  replica of my old midi rig to see if I can whip something up. If that doesn't work, there's always free music online! You can see my setup below:

In true New York form, there is no space for anything. I have that keyboard crammed in so tight that I think it's structurally supporting the rest of the room at this point. That's my mic to the right, still taped to a pole. That bowl on the desk is one of my props, which doubles as a food receptacle when I remember to eat.

The bowl was used mixing sounds, which you can hear when there's that row of chefs mixing stuff at 1:30. Most of the sounds for the project were recorded this way, with me just hitting stuff in my room. Characters falling on the floor was me hitting and flopping onto a pillow. The trapdoor KATHUNK sound was just a broken part of my computer chair. Those robot arms? My trusty power drill. The whooshing and thwacking noises? I took a bandana and whipped it through the air near the mic. It's amazing what you can do with random household items. The sounds don't need to be perfectly authentic, but they do need to sound believable.

I am very close to finishing this! I wish to do some animation tweaks on two of the shots, some lighting tweaks on a third shot and add the last voice (recorded yesterday) as well as more polished sound effects.... but it's almost there.

oh, also, I have to replace the music. But I'll worry about that after the visuals are locked.

But here it is, in its almost-done state. Comments and critiques are welcome, because it's never too late to iterate. And once all the fixes go in, and the music and effects and re-renders, I will post the final version here. So this is the penultimate time I will post the storyreel for this short film! That feels nice to say. Or type. Whatever!

Thesis in a nutshell (or more accurately, three images)

As part of the thesis submission process, I had to send in a blurb of text about the project a few images that summarize the project. Here are the three I picked:

The blog has been woefully quiet as of late. I've been really busy, but not much noteworthy of sharing here, unless you think me flailing my arms around and ranting about Maya crashes or Source bugs is entertaining. The animation portion of production is just about to be finished. All the model assets have been built and textured, and our last animator is finishing up the one remaining shot, and then it will be nothing but fixes, tweaks, and sound/music additions.

One thing I did decide this week was that I was not going to render the entire thing in mental ray for comparison to the game engine. It was important to my original idea, and it was sort of relevant to my amended project once the original idea was made obsolete. But now, so close to my project's completion, I realize that it's a little silly. My project is more about the process of making animation in a game engine than the comparison between the two, so why not just focus on that? Also, I must be honest, I'd rather use the time to focus on my upcoming job hunt.

So I have picked two shots. And a possible third if I decide it's necessary. I'm going to render those two out as high-quality as I can, point out the comparative difference between them, and wrap it up. So at the end we'll have:
-2:20 short film using game engine tech
-25 seconds of mental ray renders for select scenes
-A short visual comparison between the two

Think of the first part as the feature film, and the rest as DVD EXTRAS.
Older Posts Home
Subscribe to: Posts (Atom)